Trust in the Heavenly Father 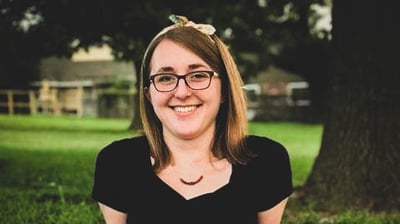 Jennifer was given an example of sharing Jesus with others and now is able to do the same in her own life.

Jennifer Casey is a college student who started attending Asbury one year ago, in July of 2019. She is an active part of the 18.22 Group and the Chainbreakers community as she studies art at TU. She says that she has really appreciated finding community at Asbury since the church she had attended before wasn’t able to offer that to her. She loves how welcoming and friendly Asbury is and is so glad she was able to find genuine, like-minded Christian community here. She has truly enjoyed the 18.22 Group and is excited to see how it has already grown, and is pumped to see how it will continue to grow. It is a place ready for people, some come and join us!

Jennifer is a smart, dedication, and passionate follower of Jesus. It’s an interesting time to be in college and be a follower of Jesus as more and more people aren’t believers. Along with that, more people are outspoken with their opinions and social beliefs and some have lost the art of disagreeing. Jennifer believes that if more people would be willing to represent Christ to the world, rather than convincing other people that they are right about this or that topic, that Christianity as a whole would maintain a better reputation and more important things would be able to get done. She rightly stated that we should be less concerned with arguing about God and more focused on showing His love to others. It is okay to be opinionated and to disagree with someone. But we, as Christ followers, should remember that we are Christians before we are a member of a political party.

As Jennifer spoke about religion, she expressed the difference between beliefs and relationship. She sees religion as the theological and logical side of things. The thinking and understanding side of it all. This is not the same thing as relationship with Christ. Religion is how we explain it and the reason why we follow and can help us understand, but without relationship it all falls flat. The relationship side is where we learn and grow. Our relationship with Christ is what helps us become a better person and be shaped and molded, allowing us to become the person Jesus has created us to be.

When Jennifer transitioned into the seventh grade, she had not thought too much about these things but she soon found that all the kids around her seemed to talk about it as if they had ready figured it all out. She felt behind the curve and was overwhelmed, because on top of it all, she had lost her grandfather that year as well. This was the first close family member she had lost, and his passing forced her to think about things in a way that she hadn’t had to before.

Her grandpa was her best friend. His passing was hard for her and she felt lonely without his friendship and companionship. Jennifer speaks very fondly of him, and they had the grandfather and granddaughter relationship that everyone deserves. She remembers him as being heavily involved in church, but couldn’t remember him every really talking about religion. But what she does remember, is how he loved people.

Jennifer’s grandpa was a woodworker. He would spend many evenings in his garage with the door open, no matter the weather. He would sit and as neighbors passed, he would talk to them. They often asked what he was making and it was then that he would share about how he was making toys for the church. This is the first picture of sharing your faith that Jennifer had. It wasn’t people talking about Jesus or being loud and opinionated, but of simply sitting in her grandpa’s garage and speaking with the people who happened by.

Jennifer now recognizes this as an extremely effective way to witness and share the Gospel message. It was because her grandpa loved people right in front of him that would allow him to share and speak about the Savior. You can’t love God and not love people. Jennifer was able to receive this example early on in life, and now carries this same witness with her wherever she goes, after her grandpa’s example.

It is an exceeding joy to know Jennifer and very sweet to hear about her relationship with Christ. She has seen God come through for her countless times, one of which times being when she found and got plugged into Asbury. She says she feels like He has a sense of humor over her life and she laughs at all the things she said should would never ever do, are the things that she has found fulfillment and joy in. For example, her family all went to TU and she said she would never, and now she is happily enjoying her time at TU. She sees this with her boyfriend as well, a guy who was a good friend since grade school who she said she would never date, she now finds qualities in that she needs and truly appreciates in her partner. Jennifer says she feels that her life is just God going through one big punchline, and that when things are going wrong she looks up to Him, knowing that the punchline will come and she will eventually realize the joke. What a fantastic way to approach life and to trust in the Heavenly Father. 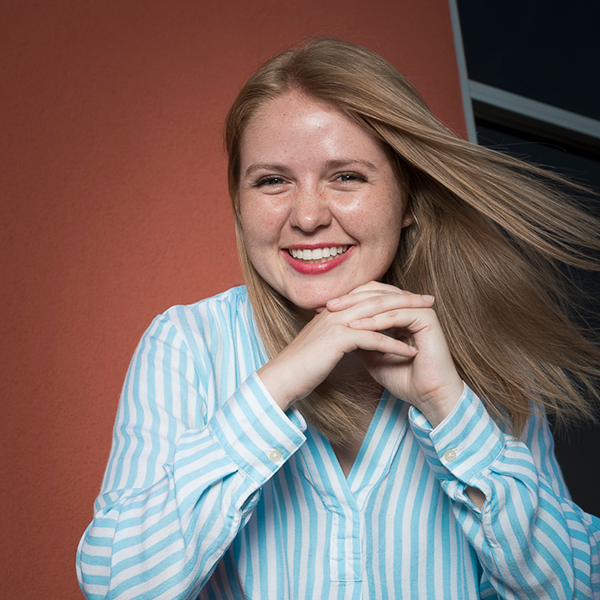