No Angels on My Christmas Tree 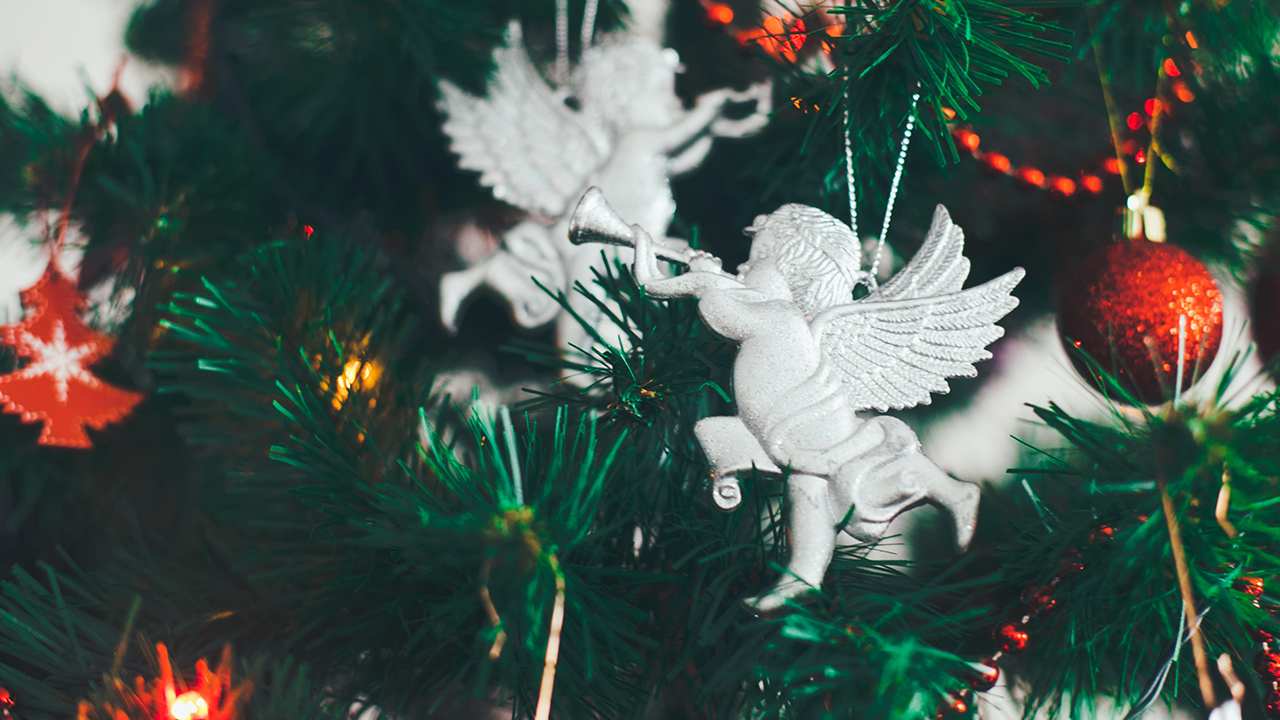 I'm no Scrooge--I'll have a minimum of two decorated trees in my house! And, I will probably have one or two "angel" ornaments on it. But I know something about angels--and Hallmark missed the memo. I don't want anything resembling a real angel on my Christmas Tree because it would scare my grandkids.

Exodus has a lot to say about angels. An angel of the Lord appears to Moses in the burning bush, and in Judges an angel ascends in a flame. The angel of God goes ahead of the Israelites to protect them and prepare the way for them. In Numbers, an angel scares a donkey half to death. Gideon addresses an angel who comes to him, as "Lord". I address the Christmas tree angel as Cutiepie. Throughout the Old Testament the people try to sacrifice to the angels or honor them in other ways. Their response is to deflect the honor and glory to the Lord. An angel of the Lord can tenderly provide food and water in the desert.... or strike down 180,000 soldiers in the night.

Angels carry swords. They are in legions. Angels fight mighty battles, both on Earth and in the heavenlies. They are messengers from the throne room of God Almighty. Multiple times in the scriptures their opening line is "don't be afraid".

If they were plump naked blond babies with sweet little wings, I would likely not be afraid. I would instead want to pinch those adorable pink cheeks. However, I would not want that one guarding my family. I want the big guy.... that one with the sword.... the one who can take out 180,000 soldiers by himself or bring nourishment to the desert.

I am awed that God reigns over realms that we rarely see.  And I am so glad to be on this side of the cross. I love the story of a baby who’s coming was announced by an angel to a young girl. The baby grows into a man and an angel brings nourishment in the wilderness after the man has gone through a 40-day trial. An angel comes to this man as he prays in the Garden of Gethsemane and strengthens him. And when the unthinkable happens, and this sinless, perfect man is crucified and laid in a tomb, two angels in white guard him until He has conquered death. One day He will send His angels and gather his elect from the four winds, from the ends of the earth to the ends of the heavens.

Hm. I believe we just stumbled into Advent.  May he strengthen your hearts so that you will be blameless and holy in the presence of our God and Father when our Lord Jesus comes with all his holy ones. Even so, come Lord Jesus!