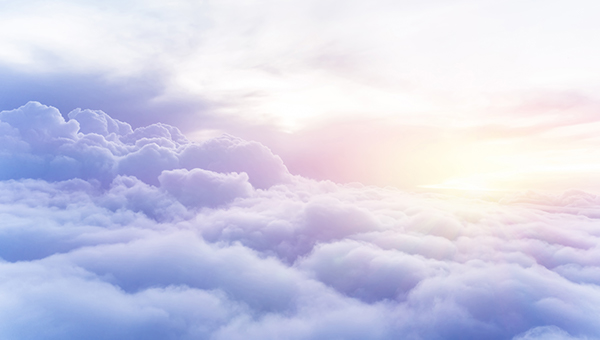 It came to me that pressing the fellow further might lead to him telling me how bad the sermons were, but I put aside such concerns and asked what it was about the worship services that he found unenjoyable. He seemed pleased that I had asked, and told me that it was all that praising God that he didn’t like. The hymns and songs all seemed to him to praise God, and the sermons seemed to celebrate Jesus Christ and want him to follow Jesus.

I had to admit that his objection was exactly what the worship team had been seeking to provide for the congregation. So my next question was why he wanted to get to heaven if he didn’t like singing and worshiping God, opening my Bible to read aloud how heaven is described in Revelation 15:3-4

of God, and the song of the Lamb, saying,

“Great and amazing are your deeds,

Just and true are your ways,

O King of the nations!

and glorify your name?

For you alone are holy.

All nations will come

for your righteous acts have been revealed."

That produced a smile on his face as he said that heaven didn’t sound all that good to him but he did want to avoid the wrath to come—and he directed me to read what John the Baptizer said in Matthew 3:7.

After a silent prayer that the Holy Spirit would give me the words to reach this man’s heart, words poured out of me, with me hardly knowing what I was saying. If he didn’t want to spend eternity in hell, where did he think he would spend eternity if not in heaven? If praising and worshiping God was distasteful to him, how could he stand eternal life in heaven?

He didn’t want to answer but did agree to think on these things, until we met again the following day. We prayed together, though he chose not to pray aloud himself, leaving that to me.

When we met again he shared that he had come to realize that he feared God but did not love God and that was at the root of his wanting to “flee the wrath to come” but not to spend eternity in God’s presence. This realization led him to consider that he admired Jesus, but did not want to follow Him now, but only to believe in Him to receive Salvation—to “punch his ticket out of hell,” as he put it.

Quite the reader and history buff, he recounted to me that he thought the Roman Emperor Constantine had it figured out just right that he should be baptized at the end of his life, as death approached. That reminded me of something John Wesley had written in one of his sermons:

Eternal life commences, when it pleases the Father to reveal His Son in our hearts; when we first know Christ … then it is that heaven is opened in the soul, that the proper, heavenly state commences, while the love of God, as loving us, is shed abroad in the heart, instantly producing love to all mankind. Spiritual Worship, Sermon 77

He responded to my question of whether he truly knows Jesus Christ, that the Father had revealed His Son to him, by breaking down in tears. That very evening, just the two of us, sobbing together, he prayed that God the Father would reveal His only begotten Son and pour out that love into his soul.

That man’s life changed, then and there. I don’t just mean that he went from fearing God and wanting to avoid hell, but to loving God and to feeling God’s love for him, and to wanting to follow Jesus as his Lord and Savior—not just Savior and nothing more.

Being about the same age, I asked him if he remembered the old folk rock ballad from the movie “Godspell” when we were both young—he did and we sang together:

Day by day, day by day

Day by day, day by day

From that day on he not only attended worship regularly, even helping lead the singing and praising God with all his heart and soul, he told anyone and everyone that he already had “one foot in heaven” (the title of a 1941 book by Hartzell Spence about his Methodist minister father – One Foot in Heaven: The Life of a Practical Parson; and the 1941 movie starring Frederic March – One Foot in Heaven).

When does Eternal Life begin?

I believe John Wesley was right:

Eternal life commences, when it pleases the Father to reveal His Son in our hearts; when we first know Christ … then it is that heaven is opened in the soul, that the proper, heavenly state commences, while the love of God, as loving us, is shed abroad in the heart, instantly producing love to all mankind.