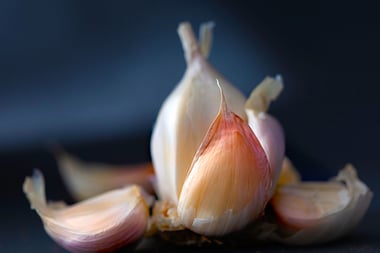 My 24-year old son lives in Seattle and called me one day out of the blue to let me know of his latest feat. He was having some friends over for dinner that evening and before he left for work, he put a brisket on to bake. The mother’s heart in me swelled with pride. YES! I have taught him something! As we were talking, he mentioned that he only put in half the garlic the recipe called for because “an entire jar of garlic seemed like a whole lot.” What did you just say? Did you say, “an entire jar”? Upon questioning, I realized that Scott had misread the recipe and had mistaken 4 CLOVES of garlic for 4 CUPS of garlic. I laughed until I cried! He was able to go home during his lunch hour and scrape off the garlic, but he said the whole house smelled like garlic. Yeah, I bet it did!

Paul tells us in 2 Corinthians that God uses our lives to be a “pleasing aroma of Christ.” The more I know God in all His fullness through worship, prayer, and Bible study; the stronger my aroma to those in my own home and to a world in desperate need of a Savior.

So here’s kind of a personal question: What does your home smell like? Hopefully, not like Scott’s after the whole garlic debacle. What can you do to help your home, work, or place of ministry be a pleasing aroma of Christ?

“But thanks be to God, who always leads us as captives in Christ’s triumphal procession and uses us to spread the aroma of the knowledge of Him everywhere. For we are to God the pleasing aroma of Christ among those who are being saved and those who are perishing.” - 2 Corinthians 2:14 & 15